… my new appointment is in Birmingham!

[Edit] I finally pursuaded someone at Crapita that I really wasn’t able to get to an interview and am now having a home visit.

Big envelope of papers arrived on Saturday from Capita (the company making huge profits from taxpayers for doing the PIP medical assessments). On my application form I stated that I couldn’t manage an appointment further away than Mansfield; I can’t say in advance whether I will be fit enough to attend on any particular day; and that it would have to be an afternoon. My appointment has been set for Nottingham in 2 weeks and first thing in the morning.

I rang Capita this afternoon and that appointment is cancelled but their system wasn’t allowing new home visits to be booked. I’M to ring in a week or two to see if appointments are available. In passing the Capita guy said that all initial appointments are sent out automatically by computer; makes you wonder why DWP had a whole page in the initial application form asking for details of appointment needs and difficulties – they obviously don’t read them.

With the appointment pack there were 12 pages, 7 sheets (of 100 gms quality paper) detailing 5 different journey options to get to the appointment. Me, I thought there were only 2 – bus and train. On the positive side they allow 7 minutes for walking the 300m to the bus stop. 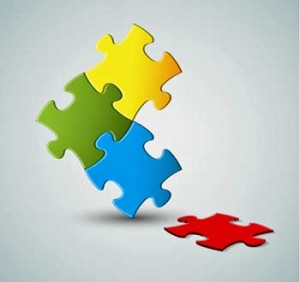 Take the pieces of a big puzzle – piece a few together, scatter some of the rest on the floor, and then throw the box and the rest of the pieces away – and that’s what we’ve had with Chronic Fatigue Syndrome. We’ve had a few pieces of the puzzle, some of which fit together (and some of which didn’t appear to) but nowhere has the broad outline of the puzzle – the disease – been apparent.

Dr. Lucinda Bateman thinks that’s changing. In an article in Health Rising and a videotaped talk for OFFER she stated she believes the broad outlines of the ME/CFS puzzle are now visible, and as they continue to become more visible we’ll be able to fill in the pieces of the puzzle faster and faster.

Article and video from Health Rising

The Kemptown based Sussex ME Society, which cares for those affected by Myalgic encephalopathy (ME) or Chronic fatigue syndrome (CFS) in the area, is currently highlighting the cognitive problems sometimes experienced by people with the illness as this aspect is often not generally recognised.

Cognitive deficits are often the principal disabling feature of ME. Such deficits restrict the patient’s ability to function, plan, and complete tasks in real world settings. Documented deficits include impaired working memory, slowed processing speed, poor learning of new information, decreased concentration and attention span, difficulty with word retrieval, and increased distractibility. Cognitive functioning may be disrupted by multiple stimuli and fast paced activity, and even routine social interactions. Patients may be unable to sustain such efforts over prolonged periods where consistent performance (e.g., work, school) is required. Intense cognitive activity in itself can bring about diminished cognitive functioning as well as other post-exertional symptoms in a manner similar to that caused by physical exercise.

The Kemptown Rag. Also Hastings and St Leonard’s Observer. (News from Action for ME.)

The green benches were almost empty during this week’s debate on the DWP’s new ‘mandatory reconsideration’ regime – and the potential number of deaths it is causing.

An employee of DWP calling herself JennyJenkins has posted some insightful comments (starting from post 15) on a MoneySavingsExpert forum about what is happening to PIP applications, and indeed the whole PIP system. MoneySavingsExpert

[EDIT] Remains of the post removed as there is doubt about the authenticity of comments made.

Sue Marsh in her Diary of a Benefit Scrounger reports that “Today, Atos start the long journey of rehabilitating their decimated public reputation, by finally telling their side of the story on – wait for it – BBC news no less!” Her full blog is here. They were only doing their jobs! Err?

This comes at the same time as a report from the most senior judge dealing with benefits tribunals who suggests that the WCA process has virtually collapsed, Universal Credit is dead, and the DWP is overturning more than half of its own decisions in relation to some benefits.

None of this relates directly to PIP, but then it also has problems.

Fewer than a quarter of the of personal independence payment (PIP) claims submitted between April 2013 and March 2014 have been decided, the DWP revealed in its first statistical report on PIP claims, decisions and payments yesterday. Read the full article at Benefits and Work

Action for ME reported on 4th June:

The Department of Work and Pensions (DWP) has made public the training document on M.E./CFS given to Health Care Professionals approved by the DWP Chief Medical Adviser to carry out benefit assessment work.

You can read the document. Action for M.E. was not consulted on its content. However, DWP Medical Policy Advisor, Dr Mark Allerton, has agreed to our request to be consulted in the next review of the document.

On 6th June they added that it would be discussed by the All Party Parliamentary Group for ME.