The Kemptown based Sussex ME Society, which cares for those affected by Myalgic encephalopathy (ME) or Chronic fatigue syndrome (CFS) in the area, is currently highlighting the cognitive problems sometimes experienced by people with the illness as this aspect is often not generally recognised.

Cognitive deficits are often the principal disabling feature of ME. Such deficits restrict the patient’s ability to function, plan, and complete tasks in real world settings. Documented deficits include impaired working memory, slowed processing speed, poor learning of new information, decreased concentration and attention span, difficulty with word retrieval, and increased distractibility. Cognitive functioning may be disrupted by multiple stimuli and fast paced activity, and even routine social interactions. Patients may be unable to sustain such efforts over prolonged periods where consistent performance (e.g., work, school) is required. Intense cognitive activity in itself can bring about diminished cognitive functioning as well as other post-exertional symptoms in a manner similar to that caused by physical exercise.

The Kemptown Rag. Also Hastings and St Leonard’s Observer. (News from Action for ME.)

The green benches were almost empty during this week’s debate on the DWP’s new ‘mandatory reconsideration’ regime – and the potential number of deaths it is causing.

An employee of DWP calling herself JennyJenkins has posted some insightful comments (starting from post 15) on a MoneySavingsExpert forum about what is happening to PIP applications, and indeed the whole PIP system. MoneySavingsExpert

[EDIT] Remains of the post removed as there is doubt about the authenticity of comments made. 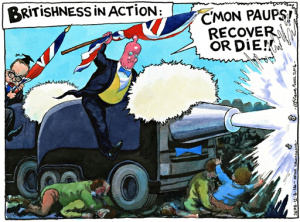 Sue Marsh in her Diary of a Benefit Scrounger reports that “Today, Atos start the long journey of rehabilitating their decimated public reputation, by finally telling their side of the story on – wait for it – BBC news no less!” Her full blog is here. They were only doing their jobs! Err?

This comes at the same time as a report from the most senior judge dealing with benefits tribunals who suggests that the WCA process has virtually collapsed, Universal Credit is dead, and the DWP is overturning more than half of its own decisions in relation to some benefits.

None of this relates directly to PIP, but then it also has problems.

Fewer than a quarter of the of personal independence payment (PIP) claims submitted between April 2013 and March 2014 have been decided, the DWP revealed in its first statistical report on PIP claims, decisions and payments yesterday. Read the full article at Benefits and Work

Action for ME reported on 4th June:

The Department of Work and Pensions (DWP) has made public the training document on M.E./CFS given to Health Care Professionals approved by the DWP Chief Medical Adviser to carry out benefit assessment work.

You can read the document. Action for M.E. was not consulted on its content. However, DWP Medical Policy Advisor, Dr Mark Allerton, has agreed to our request to be consulted in the next review of the document.

On 6th June they added that it would be discussed by the All Party Parliamentary Group for ME.

Your dog can’t tell you when she’s feeling sick, but even so, you know. She moves slowly, she doesn’t eat, she sleeps a lot, she curls up in a corner by herself. “Sickness behavior” is shared by all mammals, and in humans it’s been shown to include fatigue, cognitive problems, body aches and pains and disturbed sleep. These symptoms sound very familiar to patients with ME/CFS and fibromyalgia, and recently several researchers have suggested that many core symptoms of these illnesses could be the result of sickness behaviour biology gone wrong.

Sickness behaviour is normally a good thing, helping us survive by resting to fight off infection. But it evolved as a short-duration response, and may be harmful if it sets in for the long-term, perhaps playing a role in ME/CFS.

In other words we got sick but the ‘sickness switch’ was never turned back off.